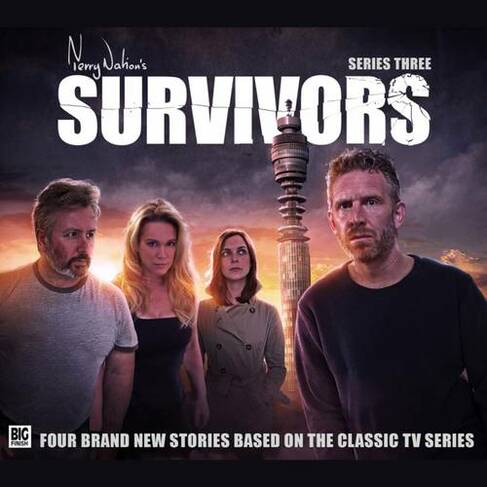 The classic Seventies sci-fi series returns! It begins with just a few people falling ill. Another flu virus that spreads around the globe. And then the reports begin that people are dying...When most of the world's population is wiped out, a handful of survivors are left to pick up the pieces. Cities become graveyards. Technology becomes largely obsolete. Mankind must start again...1: Cabin Fever by Jonathan Morris. After weeks of searching for her son across a devastated Britain, Abby Grant and her allies head into London in pursuit of new leads. One of the party is quarantined, holed up with a fever. They remember the very first days of the Death, and the actions of a man called John Vincent...2: Contact by Simon Clark. A lonely voice on the radio calls out across the ether. Maddie Price is a long way from home, but not yet ready to give up hope. 3: Rescue by Andrew Smith. When his friends' lives hang in the balance hundreds of feet above London, Jimmy Garland leads a daring rescue mission into the capital. 4: Leaving by Matt Fitton. Down on the coast, plans are being made to reach out across the world. It could mean a new beginning for some, and the long-awaited chance to return home for others. Richard Heffer and Carolyn Seymour reprise their roles from the original Seventies Survivors series. This full-cast audio drama is brought to life with eerily engrossing sound design and a brand new, cinematic music score. Series 1 of Big Finish's Survivors was recently nominated in the BBC Audio Drama Awards. CAST: Carolyn Seymour (Abby Grant), Richard Heffer(Jimmy Garland), Chase Masterson (Maddie Price), John Banks (Daniel Conner), Andrew French (Dalton Roberts), Paul Thornley (John Vincent), Damian Lynch (Marcus), Miranda Raison (Janet), Lisa Bowerman (Gloria), Christopher Hatherall (Tyler), James Joyce (Jonathon), Louisa Clein (Pam), John Voce (Walter). NOTE: CONTAINS ADULT MATERIAL AND IS NOT SUITABLE FOR YOUNGER LISTENERS. Contains 1 Book and 4 CD-Audios