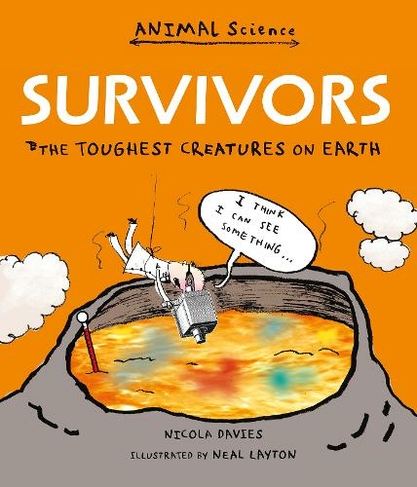 Nicola Davies is an award-winning author, whose many books for children include The Promise, A First Book of Nature, Tiny, which won the 2015 American Association for the Advancement of Science's prize for Excellence in Science (picture book category), Big Blue Whale, Dolphin Baby and The Lion Who Stole My Arm. She graduated in zoology, studied whales and bats and then worked for the BBC Natural History Unit. Nicola lives in Abergavenny, Wales. Visit Nicola at www.nicola-davies.com.Neal Layton is an award-winning artist who has illustrated more than sixty books for children, including the other titles in the Animal Science series. He also writes and illustrates his own books, such as The Story of Everything and The Mammoth Academy series. Neal lives near Portsmouth, Hampshire. Visit Neal at www.neallayton.co.uk/