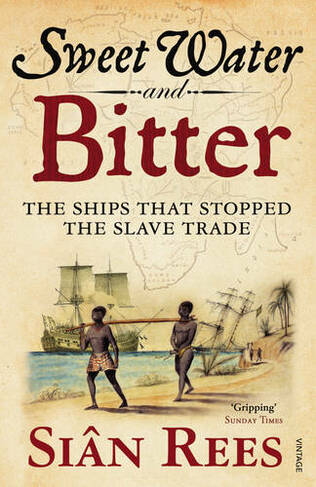 Sweet Water and Bitter: The Ships that Stopped the Slave Trade

By Sian Rees (Author)
Paperback
https://www.whsmith.co.uk/products/sweet-water-and-bitter-the-ships-that-stopped-the-slave-trade/sian-rees/paperback/9781845951177-01-000.html £11.95 rrp £12.99 Save £1.04 (8%)
GBP
Availability
Currently unavailable. We don't know when or if this item will be back in stock
Free Saver Delivery on orders over £20
Details
FREE SHIPPING over £20 for Saver Delivery
Share

Sweet Water and Bitter is the extraordinary sequel to Britain's abolition of the slave trade in 1807. The last legal British slave ship left Africa that year, but other countries and illegal slavers continued to trade. When the Napoleonic Wars ended in 1815, British diplomats negotiated anti-slave-trade treaties and a 'Preventive Squadron' was formed to cruise the West African coast. In six decades, this small fleet liberated 150,000 Africans and lost 17,000 of its own men doing so. This is the tale of their exciting and arduous campaign. It is a story of unforeseen consequences and a swashbuckling naval adventure, full of sensational, first-hand accounts of life at sea; of the grim 'barracoons', the slave-brokers' luxurious compounds and the lonely garrisons dotting the coast. Combining flawless research with an intimate and dramatic narrative, this is a voyage that no one will forget.

Sian Rees's acclaimed historical works include the best-selling The Floating Brothel; The Shadows of Eliza Lynch; The Ship Thieves and, most recently, Moll: The Life and Times of Moll Flanders. She lives in Brighton.