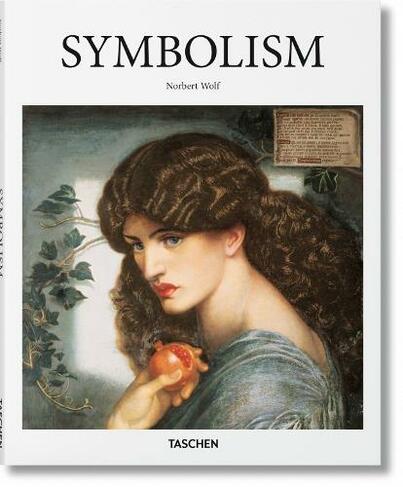 By Norbert Wolf (Author)
Hardback
https://www.whsmith.co.uk/products/symbolism/norbert-wolf/hardback/9783836507066-12-000.html £8.20 rrp £10.00 Save £1.80 (18%)
GBP
Availability
In Stock
Free Delivery Available When You Spend £25 Or More
Details
Spend £25 on eligible products to receive free standard delivery to home or free next working day click and collect to store
Share

First applied to the poems of Stephane Mallarme and Paul Verlaine in 1886, the term "symbolist" was soon applied to the visual arts where a realistic depiction of the natural world gave way to imaginary dream scenes of psychological, sexual, and mystical content. Symbolism was a broad international phenomenon but particularly present in France, where painters such as Gustave Moreau and Odilon Redon turned their backs on realism, naturalism, and impressionism to populate their canvases with esoteric, often erotic, visions. In place of Monet's light-suffused landscapes or the frank working-class subjects of Courbet, the Symbolists turned to figures from literature, the Bible, and Greek mythology to express experiences of love, fear, anguish, death, sexual awakening, and unrequited desire. With featured work from Edward Burne-Jones, Puvis de Chavannes, Gustav Klimt, James Abbott McNeill Whistler, Gustave Moreau, Odilon Redon and many more, this book introduces Symbolism's great reach, intensity, and influence.

Norbert Wolf graduated in art history, linguistics, and medieval studies at the Universities of Regensburg and Munich, and earned his PhD in 1983. He held visiting professorships in Marburg, Frankfurt, Leipzig, Dusseldorf, Nuremberg-Erlangen, and Innsbruck. His extensive writings on art history include many TASCHEN titles, such as Diego Velazquez, Ernst Ludwig Kirchner, Caspar David Friedrich, Expressionism, Romanesque, Landscape Painting, and Symbolism.