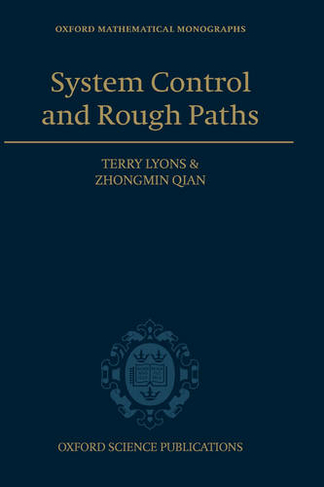 This book describes a completely novel mathematical development which has already influenced probability theory, and has potential for application to engineering and to areas of pure mathematics. Intended for probabilists, mathematicians and engineers with a mathematical background from graduate level onwards, this book develops the evolution of complex non-linear systems subject to rough or rapidly fluctuating stimuli. Attention is focussed on an analysis of the relationship between the stimulus (or control) and the short to medium term evolution of a receiver (the response of the system). A rapidly fluctuation stimuli can be likened to a huge dataset; and a basic question is how best to reduce this dataset so as to capture the critical information and little else. An essential component problem involves identifying the point at which two different stimuli produce essentially the same response from the class of receivers. (When do two stereo sounds sound the same?). This is an essentially non-linear problem that requires novel mathematics. At one level, this book focuses on systems responding to such rough external stimuli, and demonstrates that the natural reduction approximates the stimuli as a sequence of nilpotent elements. The core result of the book is a continuity theorem that proves that the response of the system depends continuously on these nilpotent elements. A key mathematical aspect of the book is the notion of a rough path, based on combining the notion of p-variation of Wiener with the iterated integral expansions of paths introduced by K. T. Chen. The continuity theorem for these rough paths gives a new way to construct solutions to stochastic differential equations, providing a fresh approach to the Ito theory but also allowing new kinds of noisy perturbations (such as Fractional Brownian Motions) that cannot be discussed in the standard Ito approach. It also provides some interesting concrete examples of 'continuous free groups'.