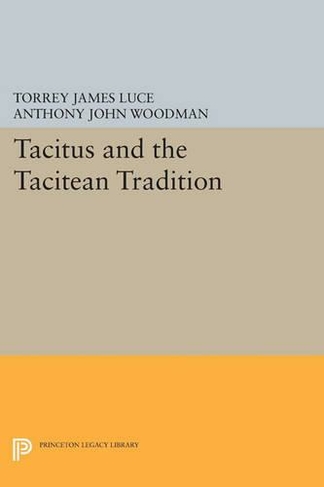 In this volume distinguished scholars from both sides of the Atlantic explore the work of Tacitus in its historical and literary context and also show how his text was interpreted in the sixteenth through eighteenth centuries. Discussed here, for example, are the ways predilections of a particular age color one's reading of a complex author and why a reexamination of these influences is necessary to understand both the author and those who have interpreted him. All of the essays were first prepared for a colloquium on Tacitus held at Princeton University in March 1990. The resulting volume is dedicated to the memory of the great Tacitean scholar Sir Ronald Syme. The contributors are G. W. Bowersock ("Tacitus and the Province of Asia"), T. J. Luce ("Reading and Response in the Dialogus"), Elizabeth Keitel ("Speech and Narrative in Histories 4"), Christopher Pelling ("Tacitus and Germanicus"), Judith Ginsburg ("In maiores certamina: Past and Present in the Annals"), A. J. Woodman ("Amateur Dramatics at the Court of Nero"), Mark Morford ("Tacitean Prudentia and the Doctrines of Justus Lipsius"), Donald R. Kelley ("Tacitus Noster: The Germania in the Renaissance and Reformation"), and Howard D. Weinbrot ("Politics, Taste, and National Identity: Some Uses of Tacitism in Eighteenth-Century Britain"). Originally published in 1993. The Princeton Legacy Library uses the latest print-on-demand technology to again make available previously out-of-print books from the distinguished backlist of Princeton University Press. These editions preserve the original texts of these important books while presenting them in durable paperback and hardcover editions. The goal of the Princeton Legacy Library is to vastly increase access to the rich scholarly heritage found in the thousands of books published by Princeton University Press since its founding in 1905.