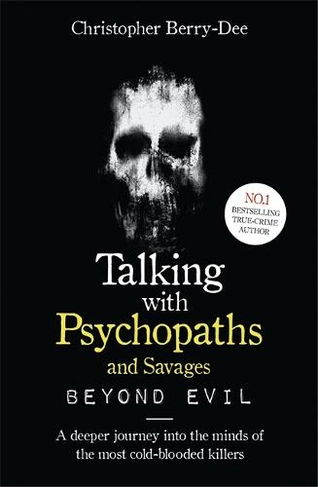 Talking With Psychopaths and Savages: Beyond Evil: From the UK's No. 1 True Crime author

'I wrapped duct tape around her mouth and her nose and watched her suffocate to death . . . then I went back to work' - former Colonel David Russell Williams of the Royal Canadian Air Force, 2010 Sunday Times-bestselling author Christopher Berry-Dee is back with a companion volume that delves even deeper into the savage world of psychopaths and their hideous crimes. This time, however, he combines sections on killers whom he has known, interviewed or corresponded with, with studies of psychopathic serial killers from the past, including Peter Kurten, the 'Dusseldorf Monster', John Christie, responsible for the killings at 10 Rillington Place; and Neville Heath, a ladykiller in every sense of the word. The result is a chilling narrative that sets the forensic examination of killers and their crimes within the context of murder in the twentieth and twenty-first centuries, an examination of the evil mind set against the insoluble problem of identifying psychopaths who kill. This is not a book for the squeamish, but it is undeniably fascinating in its portrayal of just what one human being will do to others - while all too often moving among us unnoticed and unhindered. If their crimes seem as incomprehensible as they are horrific, it is undeniably true that the world's most savage killers may be much closer than we think . . .

A noted writer and criminologist, Christopher Berry-Dee's recent books include Talking With Psychopaths and Savages, the UK's bestselling true-crime title of 2017, and Talking With Female Serial Killers. He is the country's No. 1 true-crime author.