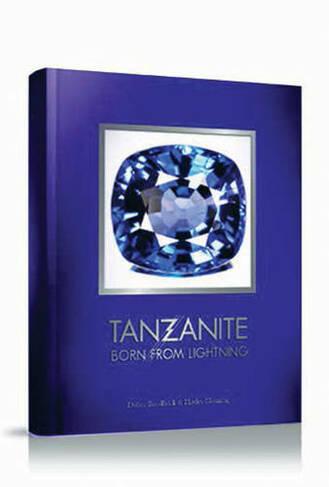 Upon the discovery of Tanzanite in Tanzania a specimen was entrusted to the stonecutter Manuel de Souza, who shared some samples with distinguished gemologists. While the prospector thought that he had found some sapphires, he was astonished to learn that he had unearthed something altogether extraordinary. The new gem immediately caught the eye of Tiffany & Co. Since 1968, the New York-based jeweller has pushed the stone into the spotlight. It launched a campaign that was successful enough to earn tanzanite the noble title of 'gem of the 20th century'. Tanzanite gained further renown when in 2002 the American Gem Trade Association (AGTA) named tanzanite, together with turquoise, the birthstones for December. Tanzanite's transformations have ultimately placed it alongside the most precious of precious gems. In short, tanzanite's age of glory has finally dawned. Needless to say, tanzanite's allure has attracted the attention of a list of famous designers: Lorenz Baumer (France), Ruth Grieco (Brazil), Catherine Sauvage (Germany), MVee (Hong Kong) and TTF (China). In Asia and elsewhere, tanzanite is seen as the source of happiness for the happy few. Tanzanite: Born from Lightning showcases hundreds of beautiful pieces of tanzanite jewellery, including superb creations made by Boucheron, Bulgari, Cartier, Chanel, Chaumet, Chopard, Dior, Boucheron, Louis Vuitton, Piaget, Van Cleef & Arpels, Wallace Chan and more. 180 colour

Didier Brodbeck is long-time journalist and writer, he is the author of a dozen books on watches, pearls, diamonds, and counterfeit goods. As publisher he created Heure magazine (men's watches), Tendances (an "art de vivre" magazine) and Dreams, the first French magazine dedicated to watches and jewellery for women. Didier Brodbeck also serves as consultant for the luxury goods industry. Hayley Henning was the driving force behind The Tanzanite Foundation as Executive Director. Her main achievement was to give Tanzanite a sustainable position in the coloured gemstone industry with significant sales and brand recognition. During that time, Hayley was also making a difference in the lives of the local communities outside the tanzanite mining areas, which lead her to spearhead several corporate social responsibility programs in the region. This resulted in the construction of schools and orphanages, as well as setting up The Maasai Ladies Project teaching a group of Maasai women jewellery making techniques and business practices. This project was recognised by the United Nations as being a relevant part of the Millennium Development Goals as Women's Empowerment Initiatives.