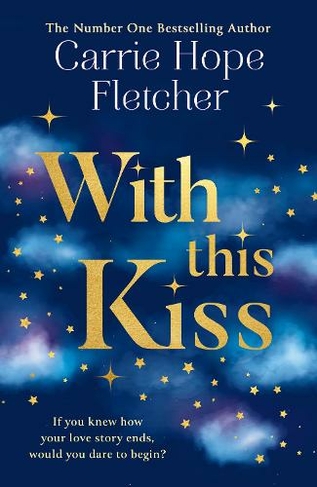 A brand new timeless romance with a sprinkling of magic from the Number One Sunday Times bestselling author of All That She Can See.

Lorelai is on the surface a normal young woman but for years she has been harbouring a secret about herself, even from those she loves the most! When she kisses someone on the lips, she sees how they are going to die. She doesn't know if what she sees is destined in their future or whether her kiss is the catalyst to their fate.

Since she was eighteen years old she hasn't kissed anyone and has resolved that this will always be. But when she meets Grayson, a sweet and clever man; she longs for that which she has missed. Struggling with the turmoil within she must decide whether she can take the plunge and if she does, can she alter the outcome of what she sees?

A love story so magical you won't want to put it down!

Carrie Hope Fletcher is an actress, singer, author and vlogger. Carrie's first book, All I Know Now, was a number one Sunday Times bestseller and her debut novel, On the Other Side, also went straight to number one. Carrie played the role of Eponine in Les Miserables at the Queen's Theatre in London's West End for almost three years. She has since stared in and received awards for a number of productions including The War of the Worlds, The Addams Family and Heathers: The Musical. She will soon star in Andrew Lloyd Webber's Cinderella in the lead role. Carrie lives just outside of London with numerous fictional friends that she keeps on bookshelves, just in case.