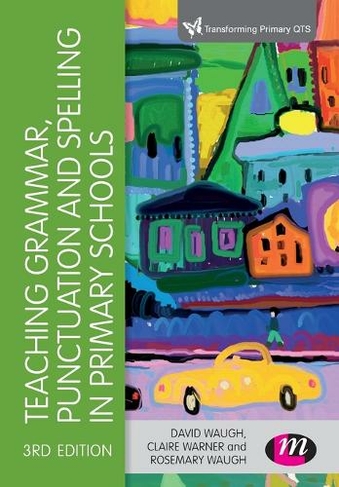 Trainee and beginning teachers often find the teaching of grammar, punctuation and spelling especially challenging as they are not confident in their own knowledge. This popular text explores and provides the subject knowledge you will need to teach grammar, punctuation and spelling and gives guidance on how to teach it. The text is really accessible and includes lots of examples and teaching ideas, enabling you to approach teaching with ease. Detailed examples of effective lessons show you how to engage children's interest in some of the more formal aspects of writing and throughout, activities and practical examples demonstrate how you can translate this learning into the classroom. This third edition has been updated to include more examples of children's work. A new chapter is added on 'Teaching grammar across the curriculum' to support an integrated approach to the teaching of grammar.

David Waugh is a former deputy headteacher who worked in ITT from 1990 at the University of Hull, where he led the PGCE course and became Head of Department. In 2008 he was appointed as one of two (the other being Wendy) National Strategies Regional Advisers for ITT. He is currently lectures at Durham University. He has published extensively in primary English, as well as developing e-learning resources for National Strategies for English, mathematics and mentoring and coaching. David also writes children's stories, including The Wishroom, which was written with 45 children from 15 East Durham primary schools and published in 2017. Claire Warner is an education consultant for Primary English. Her recent roles include working as a senior adviser for literacy with the National Strategies, and as a senior lecturer and leader of undergraduate ITE programmes at Chester University. Rosemary Waugh is a linguist and classics teacher at Queen Margaret's School York. She has a particular interest in the history and development of grammar and etymology, and in their evolution.