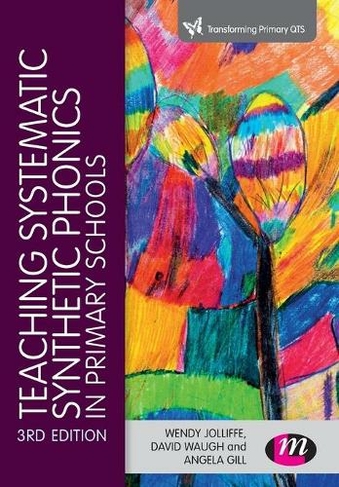 The government prioritizes systematic synthetic phonics as a key strategy in the teaching of reading and this is your guide to teaching systematic synthetic phonics in primary schools. This text supports trainee teachers working towards primary QTS through the exploration of a range of aspects of phonics teaching. It gives a balance of research and practice and allows trainees to develop and in-depth understanding of what works in phonics teaching, and why. It begins with the subject knowledge that underpins effective teaching - key aspects of the alphabetic code from discriminating sounds and phonemes to teaching long vowel phonemes and their different spellings and pronunciations. It goes on to explore pedagogy from the early years to Key Stage2 giving guidance on, among others, systematic progression, intervention and multi-sensory and interactive methods. The title includes a review of different popular phonics programmes, set against the DfE (2011) criteria for high-quality phonics teaching. What's new to this edition? Audit and test sections at the end of every chapter so students can test themselves and see how much progress they've made A new chapter reviewing the use of technology to support the teaching of phonics.

Wendy Jolliffe is Professor of Education and worked in Initial Teacher Education (ITE) for 14 years; latterly as Head of Teacher Education at the University of Hull. She worked previously as a Regional Adviser for the National Strategies and advised ITT providers on effective provision for literacy. She has published extensively in Primary English and Cooperative Learning. David Waugh is a former deputy headteacher who worked in ITT from 1990 at the University of Hull, where he led the PGCE course and became Head of Department. In 2008 he was appointed as one of two (the other being Wendy) National Strategies Regional Advisers for ITT. He is currently lectures at Durham University. He has published extensively in primary English, as well as developing e-learning resources for National Strategies for English, mathematics and mentoring and coaching. David also writes children's stories, including The Wishroom, which was written with 45 children from 15 East Durham primary schools and published in 2017. Angela Gill (formerly Carss) is a former Primary school teacher and English subject leader. She taught in schools in County Durham and Bath and North East Somerset for more than 20 years. She is the Primary English Subject Lead at Durham University where she teaches both undergraduates and postgraduates. She has written books, articles and chapters on many aspects of Primary English for ITE students and primary practitioners.