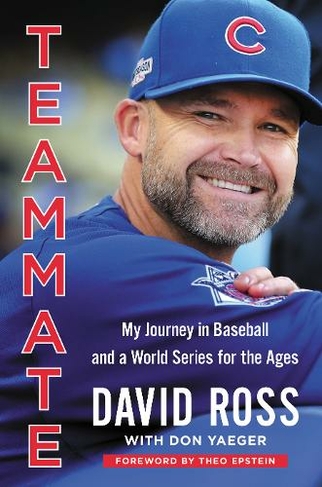 Teammate My Life in Baseball

Of the many storylines to the Chicago Cubs incredible 2016 season was the late career renaissance of David Ross, the 39-year-old journeyman player affectionately known to his Cubs teammates as "Grandpa Rossy." Ross became the unlikely heart and soul of the championship team, who finally broke the near 100-year Cubs curse. At the end of the Cubs victorious game seven--in which Ross entered the game in the 5th inning and proceeded to hit a crucial home run (becoming the oldest player to homer in World Series History), he was carried off the field by his teammates. Ross's late career blossoming and role as a Cubs mentor has been one of the defining sports stories of 2016, inspiring a write-in campaign for him for the All Star game, an endless series of feature stories and becoming the nightly talk of TV analysts and sports radio. This book would be memoir of Ross' career -- written with veteran collaborator Don Yaeger -- with the championship run at Wrigley this year as the capstone through line. The book's captivating frame is the final day of Ross's career - Game 7 of the 2016 World Series, with looks book at pivotal moments in Ross' life and career. Ross's fairy-tale season is a feel-good story that captures the hearts of Cubs die-hards and baseball fans everywhere.