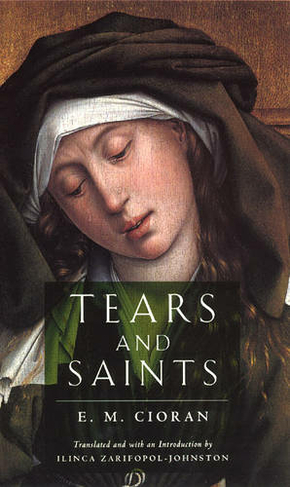 Tears and Saints focuses not on martyrs or heroes but on the mystics - primarily female - famous for their keening spirituality and intimate knowledge of God. Their Christianity was anti-theological, anti-institutional, and based on intuition and sentiment. Many, such as Catherine of Siena, Teresa of Avila, and Saint John of the Cross, have produced classic works of mystical literature; but Cioran celebrates many more minor and unusual figures as well. Following Nietzsche, Cioran brings to light the political element hidden in saints' lives. In his hands, their charitable deeds are much less interesting than their thirst for pain and their equally powerful capacity to endure it. What Cioran calls the "voluptuousness of suffering" is epitomized by Margaret Mary Alacoque's classic statement: "None of my sufferings has been equal to that of not having suffered enough." Behind this suffering and their uncanny ability to renounce everything through ascetic practices, Cioran detects a fanatical will to power.

E. M. Cioran (1911-1995) was born and educated in Romania and lived in Paris from 1937 until his death. He is the author of numerous works, including On the Heights of Despair, also available from the University of Chicago Press.