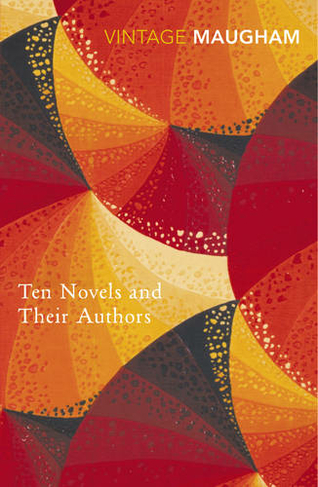 Ten Novels And Their Authors

Maugham's studies of the lives and masterpieces of ten great novelists are outstanding examples of literary criticism at its finest. Afforded here are some of the formulae of greatness in the genre, as well as the flaws and heresies which enfeeble it. Written by a master of fiction, "Ten Novels and Their Authors" is a unique and invaluable guide.

William Somerset Maugham was born in 1874 and lived in Paris until he was ten. He was educated at King's School, Canterbury, and at Heidelberg University. He spent some time at St. Thomas' Hospital with the idea of practising medicine, but the success of his first novel, Liza of Lambeth, published in 1897, won him over to literature. Of Human Bondage, the first of his masterpieces, came out in 1915, and with the publication in 1919 of The Moon and Sixpence his reputation as a novelist was established. At the same time his fame as a successful playwright and writer was being consolidated with acclaimed productions of various plays and the publication of several short story collections. His other works include travel books, essays, criticism and the autobiographical The Summing Up and A Writer's Notebook. In 1927 Somerset Maugham settled in the South of France and lived there until his death in 1965