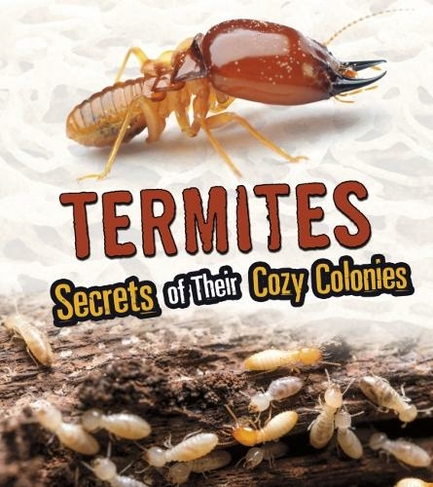 Termites are amazing builders. Some build mounds up to 5 metres above ground! How do they do that? These social insects live and work together in colonies. Each colony member has its own job. Discover how termites build their nests, communicate and depend on one another to survive in their huge colonies.

Rebecca Stefoff has published many books for young readers about science, technology, and engineering. For Marshall Cavendish/Benchmark's Great Inventions series (2006-2003), she wrote six titles, including The Telephone, Microscopes and Telescopes, and Robots. She introduced fifth-grade readers to the scientific method in the six-volume series Is It Science? (Cavendish Square, 2014), which includes,Astrology and Astronomy, Alchemy and Chemistry, and Magic and Medicine. Her six volume series Great Engineering, for second- and third-grade readers, is forthcoming from Cavendish Square and has books on building bridges, dams, skyscrapers, and more. Stefoffis especially happy to be writing about the building of the Panama Canal for the Engineering Wonders series because she has seen the canal firsthand. While celebrating her parents' fiftieth wedding anniversary on a cruise ship, she passed through the canal and witnessed the extraordinary engineering marvels that are its locks. She has been interested in the Panama Canal (and other canals) ever since.