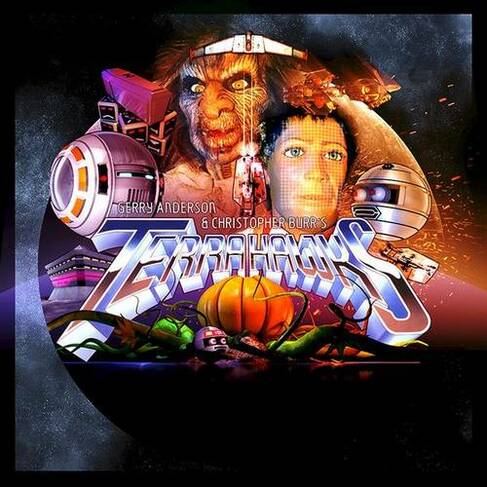 The adventures of the Terrahawks, a taskforce responsible for protecting Earth from invasion by a group of extraterrestrial androids and aliens led by Zelda. 1: The Price is Right. 2: Deadly Departed. 3: A Clone of My Own. 4: Clubbed to Death. 5: No Laughing Matter. 6: Timesplit. 7: 101 Seed. 8: Into the Breach. Jeremy Hitchen and Denise Bryer reprise their voice roles from the 1983-1986 original series. Director and producer Jamie Anderson is the son of Gerry Anderson, who created Terrahawks as well as other hit shows such as Captain Scarlet, UFO and Thunderbirds. The Gerry Anderson shows have a huge following across the world, and Big Finish's announcement of this title has already received a lot of attention on the Internet. Cast: Jeremy Hitchen (Ninestein, Hiro, It-Star [male], Hawkeye, Dick Branston), Robbie Stevens (101, Hudson, Yung-Star, Stew Dapples, Cy Splitter), Denise Bryer (Zelda, Mary Falconer, It-Star [female], Grandma Buggins), Beth Chalmers (Kate Kestrel, Cy-Star, Miss Donaldson).