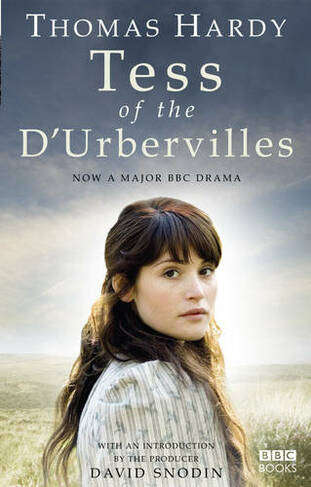 Tess of the D'Urbervilles

An exciting new TV adaptation of Thomas Hardy's classic Tess of the D'Urbervilles has arrived on BBC 1, and this is the official tie-in edition with an exclusive introduction from the programme's producer David Snodin. A tragic tale of love, seduction and betrayal,Tess of the D'Urbervilles was named the nation's 12th favourite book in a poll for World Book Day in 2007 and 2008 marks the 80th anniversary of the death of Thomas Hardy. This new four-part series has been written by award-winning novelist and screenwriter David Nicholls. David wrote Starter for Ten, which he then adapted to film starring James McAvoy, as well as the screenplay of And When Did You Last See Your Father? starring Jim Broadbent and Colin Firth. Tess of the D'Urbervilles has a stellar cast with big-screen names and familiar faces from a number major TV dramas including Gemma Arterton (James Bond: Quantum Of Solace, St Trinian's) playing Tess, Hans Matheson (The Virgin Queen, Dr Zhivago) as her seducer Alec, Eddie Redmayne (Elizabeth: The Golden Age, The Other Boleyn Girl) as Angel and Jodie Whittaker (Venus) playing Tess's best friend Izzy. The drama also features Ruth Jones (Gavin and Stacey, Saxondale) as Tess's mother Joan, and Anna Massey (Oliver Twist, The Importance Of Being Earnest) as Mrs D'Urberville.

Thomas Hardy was born on 2 June 1840. His father was a stonemason. He was brought up near Dorchester and trained as an architect. In 1868 his work took him to St Juliot's church in Cornwall where he met his wife-to-be, Emma. His first novel, The Poor Man and the Lady, was rejected by publishers but Desperate Remedies was published in 1871 and this was rapidly followed by Under the Greenwood Tree (1872), A Pair of Blue Eyes (1873) and Far from the Madding Crowd (1874). He also wrote many other novels, poems and short stories. Tess of the D'Urbervilles was published in 1891. His final novel was Jude the Obscure (1895). Hardy was awarded the Order of Merit in 1920 and the gold medal of the Royal Society of Literature in 1912. His wife died in 1912 and he later married his secretary. Thomas Hardy died 11 January 1928.