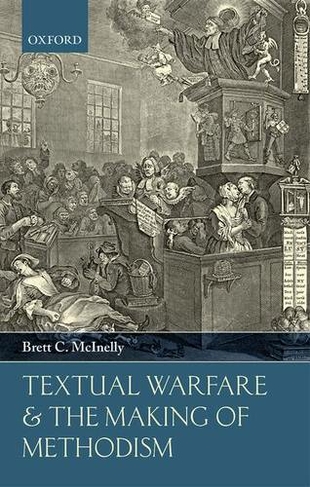 Textual Warfare and the Making of Methodism

Textual Warfare and the Making of Methodism argues that the eighteenth-century Methodist revival participated in and was produced by a rich textual culture that includes both pro- and anti-Methodist texts; and that Methodism be understood and approached as a rhetorical problem-as a point of contestation and debate resolved through discourse. Methodist belief and practice attracted its share of negative press, and Methodists eagerly (and publically) responded to their critics; and the controversy generated by the revival ensured that Methodism would be conditioned by textual and rhetorical processes, whether in published polemic and apologia, or in private diaries and letters as Methodists navigated the complexities of their spiritual lives and anti-Methodist efforts to undermine their faith. While it may seem obvious to conclude that a controversial movement would be shaped by controversy, Textual Warfare examines the specific ways Methodist belief, practice, and self-understanding were filtered through the anti-Methodist critique; the particular historic and cultural conditions that informed this process; and the overwhelming extent to which Methodism in the eighteenth century was mediated by texts and rhetorical exchange. The proliferation of print media and the relative freedom of the press in the eighteenth century; the extent to which society generally and Methodism specifically promoted literacy; and a cultural sensibility predisposed to open debate on matters of public interest, ensured the development of a public sphere in which individuals came together to deliberate, in conversation and in print, on a range of issues relevant to the larger community. It was within this sphere that Methodist religiosity, including the intensely private nature of spiritual conversion, became matters of civic concern on an unprecedented scale and that Methodism ultimately took its form.

Brett C. McInelly is an associate professor of English at Brigham Young University, where he teaches composition and literature. He has published articles on Defoe and Smollett, among others, as well as articles on the literary reception of Methodism in the eighteenth century. He is also the founding editor of Religion in the Age of Enlightenment (AMS Press). Textual Warfare and the Making of Methodism is his first book.