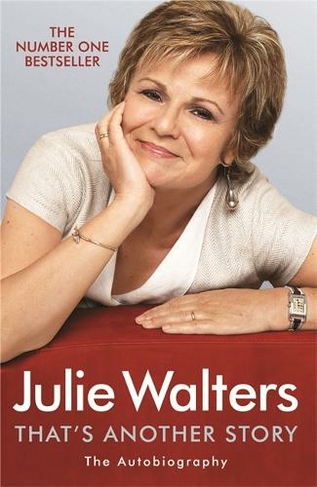 That's Another Story: The Autobiography

The number-one Sunday Times bestseller 'Walters's book - also well written - has moments of Alan Bennett warmth' SUNDAY TIMES 'This is a humorous and, at times, moving read from this much-loved actress' WOMAN AND HOME 'I was enthralled by her memoirs ... a celebrity memoir which is actually worth reading as a work of literature' AN Wilson, READER'S DIGEST Her mum wanted her to be a nurse so that is what Julie did. But in her heart she had always wanted to be an actress and soon she was on stage at the local theatre in Liverpool. Her career snowballed with highlights that include Educating Rita, Billy Elliot, Harry Potter, Acorn Antiques, Dinner Ladies and Mamma Mia! She has been nominated for two Oscars, been awarded multiple BAFTAs and a Golden Globe, plus been honoured with a DBE. This is the heart-warming and funny story of that journey. 24

Julie Walters was nominated for an Oscar for EDUCATING RITA, having made the part her own on stage, and starred in BILLY ELLIOT. She played Mrs Weasley in the HARRY POTTER films, and co-starred with Helen Mirren in CALENDAR GIRLS. Versatile enough to appear both as Mrs Overall in her friend Victoria Wood's ACORN ANTIQUES as well as the Wife of Bath in the BBC's modernised adaptation of THE CANTERBURY TALES, she is 'arguably the nation's best-loved actress' (SUNDAY TIMES). She is the author of MAGGIE'S TREE, a novel, and THAT'S ANOTHER STORY, her bestselling autobiography.