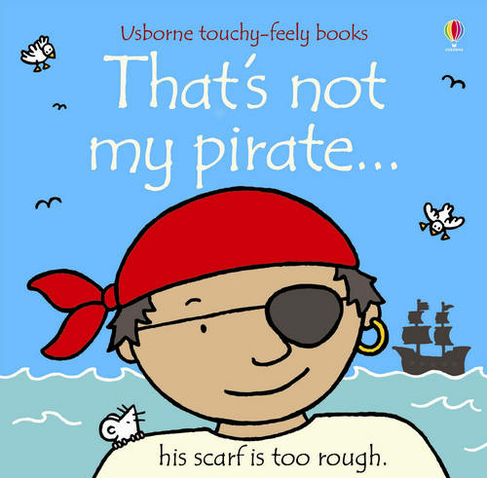 A touchy-feely board book with simple, repetitive text, tactile patches and bold illustrations suitable for babies and toddlers. A little white mouse appears on every page, for children to spot. full colour throughout

Fiona Watt is an Editorial Director and writer at Usborne Publishing. She graduated from Exeter University with a Bachelor of Education in Art and Design. She taught for three years at a primary school in Kent, before spending two years at a British school in The Netherlands. She started working at Usborne in 1989 and has written and edited hundreds of books including baby and novelty, sticker, art and craft, cookery, science and activity books. She has written all the titles in the award-winning THAT'S NOT MY(R) series and many in the highly successful Sticker Dolly Dressing series. She is the sixth biggest-selling UK children's author, with over 10 million of her books sold in the UK since records began. Rachel Wells is a mother, writer and cat lover. She lives in Devon with her family and her pets and believes in the magic of animals. Rachel grew up in Devon but lived in London in her twenties working in marketing and living in a tiny flat with an elderly rescued cat, Albert. After having a child she moved back to Devon and decided to take the plunge and juggle motherhood with writing.She has always wanted to write and found her voice in her first novel, 'Alfie the Doorstep Cat'. She has always had cats as pets, ever since a young child. Rachel is delighted to have been able to combine her two main passions at last. 'Alfie the Holiday Cat' is her fourth book.