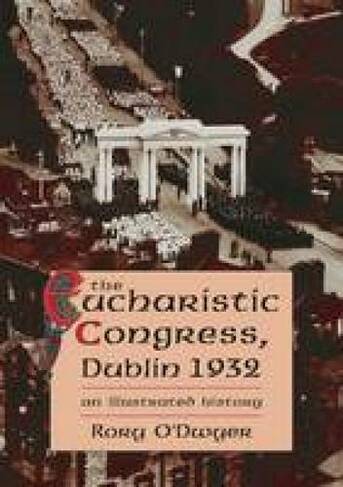 The 1932 Eucharistic Congress An Illustrated History

The 31st International Eucharistic Congress, held in Dublin in 1932, is one of the most remarkable public events to have taken place in Ireland in the twentieth century. The congress left an indelible impression on all who witnessed it, a touchstone in the lives of those who participated. The sheer scale of the event bore striking testimony to the pride in identity, both national and religious, which guided the hundreds of thousands of people who participated in the congress. It has often been noted how the congress was an event in the early decades of Irish independence which made manifest the Catholic nature of the new state. In "The 1932 Eucharistic Congress" Rory O'Dwyer shares his knowledge and extensive research with the reader and includes a large number of photographs of the event.