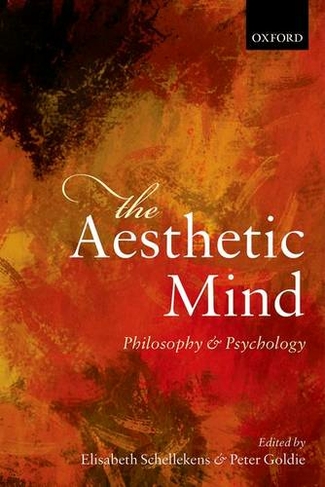 The Aesthetic Mind Philosophy and Psychology

The Aesthetic Mind breaks new ground in bringing together empirical sciences and philosophy to enhance our understanding of aesthetics and the experience of art. An eminent international team of experts presents new research in philosophy, psychology, neuroscience, and social anthropology: they explore the roles of emotion, imagination, empathy, and beauty in this realm of human experience, ranging over visual and literary art, music, and dance. Among the questions discussed are: Why do we engage with things aesthetically and why do we create art? Does art or aesthetic experience have a function or functions? Which characteristics distinguish aesthetic mental states? Which skills or abilities do we put to use when we engage aesthetically with an object and how does that compare with non-aesthetic experiences? What does our ability to create art and engage aesthetically with things tell us about what it is to be a human being? This ambitious and far-reaching volume is essential reading for anyone investigating the aesthetic and the artistic.

Elisabeth Schellekens is Senior Lecturer at the University of Durham, and Associate Editor of the British Journal of Aesthetics. She is the author of Aesthetics & Morality (Continuum, 2007), co-author of Who's Afraid of Conceptual Art (Routledge, 2009), and is currently working on a book on Aesthetic Objectivism. She was post-doctoral research fellow on the AHRC-funded project 'Towards an aesthetic psychology: the philosophy of aesthetic perception and cognition' between 2004 and 2006. Her main research interests include questions at the intersection of the philosophy of mind and aesthetics, meta-ethics, and Kant. Peter Goldie was formerly Samuel Hall Professor in Philosophy at the University of Manchester. He authored a number of books, including The Mess Inside (OUP, 2012), Philosophy and Conceptual Art (OUP, 2007), On Personality (Routledge, 2004), and The Emotions: A Philosophical Exploration (Clarendon Press, 2000).