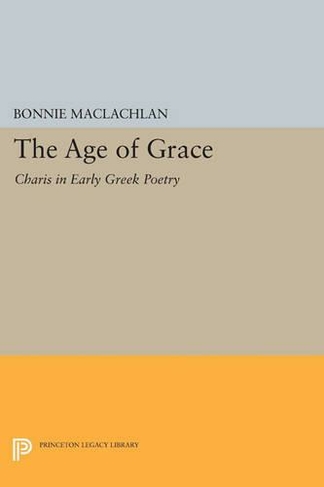 The Age of Grace Charis in Early Greek Poetry

Although "grace" in today's secular usage often connotes beauty or good manners, to the ancient Greeks it was both an aesthetic and a moral concept central to social order--a transformative power grounded in favor, thanks, repayment, delight, pleasure, and, above all, reciprocity. Here Bonnie MacLachlan explores the Greek concept of grace, or charis, as depicted in poetic works from Homer to Aeschylus, to tap into the essential meaning behind the manifold uses of the term. She also relates it to other important concepts in the moral language of the eighth century \B.C.E. Examining epic, lyric, erotic, epinician, and tragic poetry, and the cult of the Charites themselves, MacLachlan shows how charis governed human relations of all sorts, from the battlefield to bed: Achilles sulks, and jeopardizes the Greek victory in the Trojan War, because there was no charis in Agamemnon's gesture of reconciliation; the young Telemachus, filled with the gift of charis, speaks persuasively before the assembly of Ithacans; young men and women in erotic poems shine with charis when they are sexually mature. In shaping her definition of charis as a mutually shared pleasure that breaks down the barriers of the self, MacLachlan seeks to elucidate many poetic passages that have long mystified the commentators. Originally published in 1993. The Princeton Legacy Library uses the latest print-on-demand technology to again make available previously out-of-print books from the distinguished backlist of Princeton University Press. These editions preserve the original texts of these important books while presenting them in durable paperback and hardcover editions. The goal of the Princeton Legacy Library is to vastly increase access to the rich scholarly heritage found in the thousands of books published by Princeton University Press since its founding in 1905.