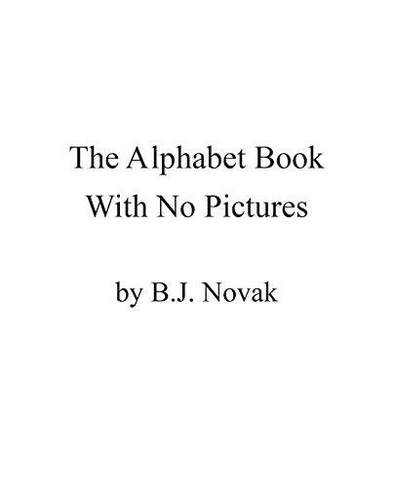 The Alphabet Book With No Pictures

A is for "AaaaaAAAAaaA." B is for "Ba baba a-baba ba." I is for "I had a big idea, I did." And by the time you get to Z, oh what a zap-zop-zippity-zoppity, zany book you'll be reading! This is an alphabet book like no other, from the author of the internationally bestselling mega-hit The Book With No Pictures. B. J. Novak is back with a book that is just as clever and even more silly. And, this time, instead of saying "Read it again!" kids will be shouting "Let ME read it again!"

B. J. Novak is well known for his work on NBC's Emmy Award-winning comedy series The Office as an actor, writer, director and executive producer. He is also acclaimed for his stand-up comedy, his performances in motion pictures and his New York Times bestselling book of short stories, One More Thing. A graduate of Harvard University with a degree in English and Spanish literature, B. J. Novak lives in Los Angeles, California.