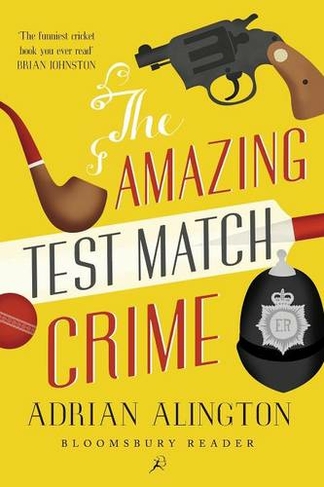 All England waited with passionate eagerness for the final match to be played at the Oval. For this was to be played to a finish and would decide the fate of the Ashes. It is 1938 and England is brimming with excitement as the final Test Match against Imperia draws near. But no corner of the land has the fate of the Ashes closer to its heart than the village of Wattlecombe Ducis, Glebeshire. It was here at the Manor House that Norman Blood, captain of England, spent his childhood playing cricket with the vicar's radiant daughter, Monica. And it was she who presented young but poor Joe Prestwick with a belt on the occasion of his first game of cricket, saving his honour for as Sir Timothy Blood remarked, 'I would rather see the whole village dead at my feet than a man bowling in braces.' With a short - but sensational - career behind him, Joe just needs to be selected to play at the Oval to win Monica's heart and her hand in marriage: everything depends on the Test. But The Bad Men, Europe's most wanted gang, have no intention of letting the best team win. Sawn-off Carlo, The Professor and Ralph the Disappointment (an Englishman who, knowing the rules of the Game, is eternally damned for not playing by them) plan to strike a blow at the very heart of proud Albion and her Empire. The Amazing Test Match Crime, first published in 1939, is a wicked yet affectionate comedy of cricketing (and criminal) manners, proving - as if proof were needed - that a straight bat and nimble spinning finger will always win through.

Adrian Alington, 1895-1958Alington was a crime writer, and author of The Amazing Test Match Crime, inspired by his years playing County Cricket for Oxfordshire during the 1920s. He also wrote and adapted his own novels for screen and television during the 1950s.