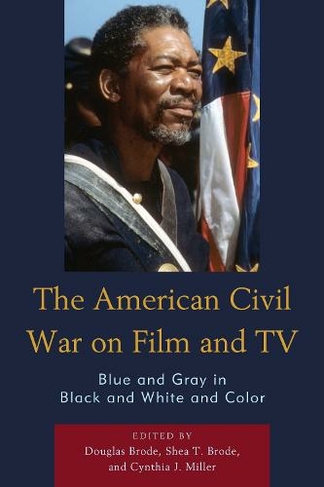 Whether on the big screen or small, films featuring the American Civil War are among the most classic and controversial in motion picture history. From D. W. Griffith's Birth of a Nation (1915) to Free State of Jones (2016), the war has provided the setting, ideologies, and character archetypes for cinematic narratives of morality, race, gender, and nation, as well as serving as historical education for a century of Americans. In The American Civil War on Film and TV: Blue and Gray in Black and White and Color, Douglas Brode, Shea T. Brode, and Cynthia J. Miller bring together nineteen essays by a diverse array of scholars across the disciplines to explore these issues. The essays included here span a wide range of films, from the silent era to the present day, including Buster Keaton's The General (1926), Red Badge of Courage (1951), Glory (1989), Gettysburg (1993), and Cold Mountain (2003), as well as television mini-series The Blue and The Gray (1982) and John Jakes' acclaimed North and South trilogy (1985-86). As an accessible volume to dedicated to a critical conversation about the Civil War on film, The American Civil War on Film and TV will appeal to not only to scholars of film, military history, American history, and cultural history, but to fans of war films and period films, as well.

Douglas Brode developed and taught courses for several decades at Syracuse University's Newhouse School of Public Communications until his recent retirement. Shea T. Brode is an independent scholar who has collaborated with his father as editor on several previous collections. Cynthia J. Miller is senior faculty at Emerson College's Institute for the Liberal Arts and Interdisciplinary Studies.