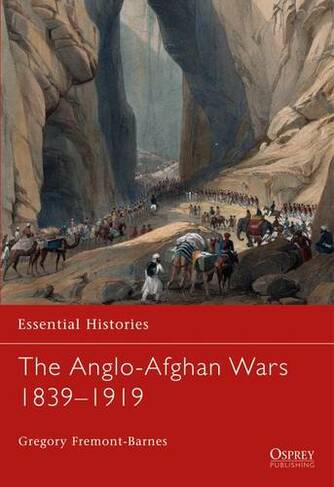 During the 19th century Britain entered into three brutal wars with Afghanistan, each one saw the British trying and failing to gain control of a warlike and impenetrable territory. The first two wars (1839-42 and 1878-81) were wars of the Great Game; the British Empire's attempts to combat growing Russian influence near India's borders. The third, fought in 1919, was an Afghan-declared holy war against British India - in which over 100,000 Afghans answered the call, and raised a force that would prove too great for the British Imperial army. Each of the three wars were plagued by military disasters, lengthy sieges and costly engagements for the British, and history has proved the Afghans a formidable foe and their country unconquerable. This book reveals the history of these three Anglo-Afghan wars, the imperial power struggles that led to conflict and the torturous experiences of the men on the ground. The book concludes with a brief overview of the background to today's conflict in Afghanistan, and sketches the historical parallels. Illustrations

Gregory Fremont-Barnes holds a doctorate in Modern History from Oxford University. A visiting Senior Lecturer in the Department of War Studies at the Royal Military Academy Sandhurst, he has written on a wide range of military and naval subjects, including The French Revolutionary Wars, The Peninsular War, 1807-1814, The Fall of the French Empire, 1813-1815, The Boer War, 1899-1902, The Wars of the Barbary Pirates, Trafalgar 1805, Nelson's Sailors, The Indian Mutiny, 1857-58 and American Bomber Crewman in World War II, 1941-45. He is also editor of the two-volume Encyclopedia of the Age of Political Revolutions and New Ideologies, 1760-1815, the three-volume Encyclopedia of the French Revolutionary and Napoleonic Wars and co-editor of the five-volume Encyclopedia of the American Revolutionary War. The author lives in Surrey, England.