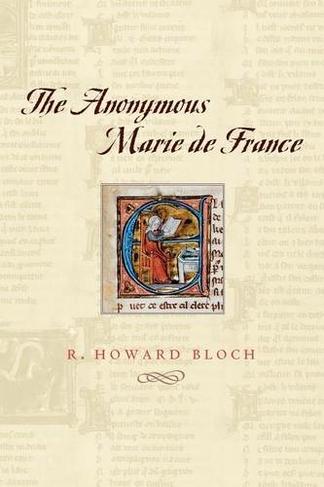 "The Anonymous Marie de France" offers a fundamental reconception of the person generally assumed to be the first woman writer in French, the woman now referred to as Marie de France. Written by renowned medievalist R. Howard Bloch, it is the first book to consider all of the writing ascribed to Marie, including her famous "Lais", her 103 animal fables, and the earliest vernacular, "Saint Patrick's Purgatory". Marie is, Bloch asserts, one of the most self-conscious, sophisticated, and disturbing figures of her time - a writer whose works reveal an acute awareness not only of her role in the preservation of cultural memory, but also of the transformative psychological, social, and political effects of her writing within an oral tradition. "The Anonymous Marie de France" recovers the central achievements of one of the most pivotal figures in French literature. It is a study that will be of enormous value to medievalists, literary scholars, historians of France, and anyone interested in the advent of female authorship.

R. Howard Bloch is the Sterling Professor of French at Yale University and the author of God's Plagiarist: Being an Account of the Fabulous Industry and Irregular Commerce of the Abbe Migne, also published by the University of Chicago Press.