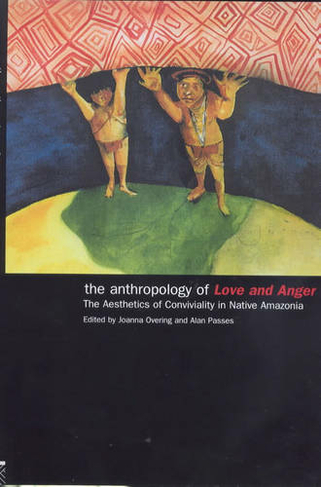 The Anthropology of Love and Anger questions the very foundations of western sociological thought. In their examination of indigenous peoples from across the South American continent, the contributors to this volume have come to realise that western thought does not possess the vocabulary to define even the fundamentals of indigenous thought and practice. The dualisms of public and private, political and domestic, individual and collective, even male and female, in which western anthropology was founded cannot legitimately be applied to peoples whose 'sociality' is based on an 'aesthetics of community'. For indigenous people success is measured by the extent to which conviviality, (all that is peaceful, harmonious and sociable) has been attained. Yet conviviality is not just reliant on love and good but instead on an even balance between all that is constructive, love, and all that is destructive, anger. With case studies from across the South American region, ranging from the (so-called) fierce Yanomami of Venezuela and Brazil to the Enxet of Paraguay, and with discussions on topics from the efficacy of laughter, the role of language, anger as a marker of love and even homesickness, The Anthropology of Love and Anger is a seminal, fascinating work which should be read by all students and academics in the post-colonial world.

Joanna Overing is Professor and Chair of the Social Anthropology Department, University of St. Andrews and Director for the Centre for indigenous American Studies at St. Andrews. Alan Passes is a novelist, screenwriter and anthropologist.