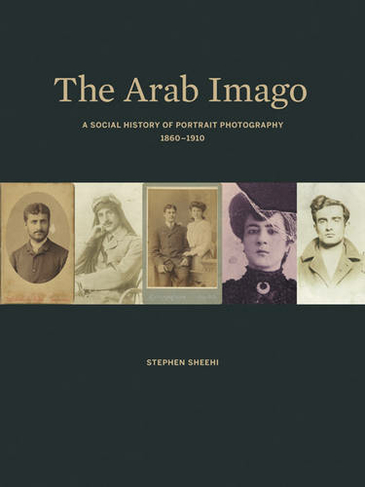 The Arab Imago: A Social History of Portrait Photography, 1860-1910

The birth of photography coincided with the expansion of European imperialism in the Middle East, and some of the medium's earliest images are Orientalist pictures taken by Europeans in such places as Cairo and Jerusalem--photographs that have long shaped and distorted the Western visual imagination of the region. But the Middle East had many of its own photographers, collectors, and patrons. In this book, Stephen Sheehi presents a groundbreaking new account of early photography in the Arab world. The Arab Imago concentrates primarily on studio portraits by Arab and Armenian photographers in the late Ottoman Empire. Examining previously known studios such as Abdullah Freres, Pascal Sebah, Garabed Krikorian, and Khalil Raad, the book also provides the first account of other pioneers such as Georges and Louis Saboungi, the Kova Brothers, Muhammad Sadiq Bey, and Ibrahim Rif'at Pasha--as well as the first detailed look at early photographs of the annual pilgrimage to Mecca. In addition, the book explores indigenous photography manuals and albums, newspapers, scientific journals, and fiction. Featuring extensive previously unpublished images, The Arab Imago shows how native photography played an essential role in the creation of modern Arab societies in Egypt, Palestine, Syria, and Lebanon before the First World War. At the same time, the book overturns Eurocentric and Orientalist understandings of indigenous photography and challenges previous histories of the medium. 100 b/w illus.

Stephen Sheehi is the Sultan Qaboos bin Said Chair of Middle East Studies at the College of William and Mary. He is the author of Foundations of Modern Arab Identity and Islamophobia: The Ideological Campaign against Muslims.