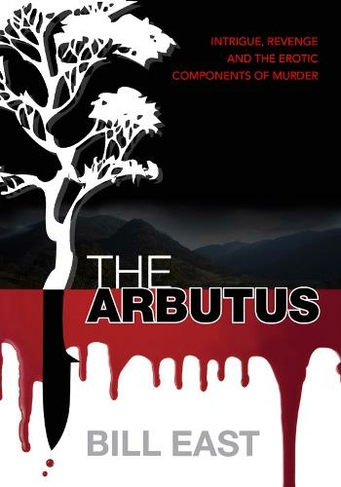 By Bill East (Author)
Paperback
https://www.whsmith.co.uk/products/the-arbutus/bill-east/paperback/9780995572911-01-000.html £8.95
GBP
Availability
Currently unavailable. We don't know when or if this item will be back in stock
Share

Maddie makes contact with a former lover, the owner of a beautiful private estate on the outskirts of Sydney, whom she had abandoned for another man six years earlier. She appears to be welcomed back and the affair starts again. The lover has changed in her absence, developing macabre ideas about the physical manifestation of human love. He weaves a complex story concerning his beliefs, disclosing details of several murders he has committed to further his aims. She soon discovers he harbours a strong resentment towards her earlier 'disloyalty', and his desire for revenge becomes frighteningly apparent. Mental cruelty morphs into physical abuse. She must fight back to free herself. Her efforts result in the self-realisation of some intriguing and rather frightening character traits. The outcome is the death of her lover and a surprising emotional climax. Her desire to take control of the estate motivates her to dispose of the body and embark on an elaborate cover-up. However, all is far from well for Maddie who plunges from crisis to crisis until the amazing ending of this cliff-hanger story.

Bill East was born in London in 1939. His earliest memories are of the London Blitz, air-raid shelters, rationing & the absence of a father fighting abroad. Despite the war, he has many happy memories of his childhood. Unable to settle on a career path, Bill joined the Merchant Navy as a Radio Officer before marrying a New Zealand girl and migrating to Australia in 1968. He worked in Industrial Sales before starting his own Company (now managed by his eldest son) and has been married for 51 years. Bill lives on Sydney's Northern Beaches and has two sons and four grandchildren. Since 'retirement' Bill reads, walks, kayaks, plays chess, plays the Shakuhachi [Japanese flute], exercises at the gym and 'tunes' his French. And, hey! He has also found the time to write this, his first novel.

The Arbutus
The Arbutus
Bill East
Paperback
Currently unavailable. We don't know when or if this item will be back in stock
https://www.whsmith.co.uk/products/the-arbutus/bill-east/paperback/9780995572911.html £8.95
GBP