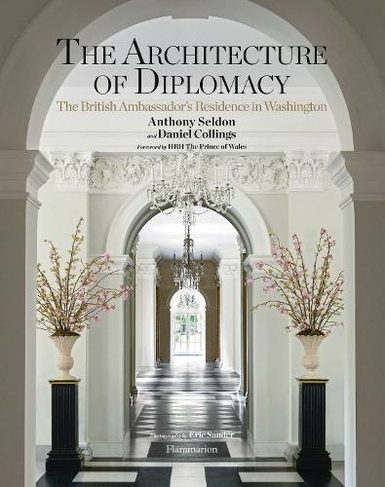 The Architecture of Diplomacy: The British Ambassador's Residence in Washington

Since opening its doors in 1930, the British Ambassador's Residence has been considered the premier diplomatic address in Washington, D.C. A cross between an English country house and a neo- Palladian plantation, the Residence is a compelling but often overlooked example of the work of architect Sir Edwin Lutyens. His only building in the United States, its majestic interiors and gardens in the English style have been making their mark on Washington's social and political elite for over eighty years. In this book Anthony Seldon and Daniel Collings explore both the genius of Lutyens' design and the rich history of Anglo-American relations that has unfolded within its walls. Through significant world events, and the skill of successive ambassadors, this building became the forum that helped forge and then embody the "special relationship" between the two countries. From Winston Churchill's rambunctious visits during the Second World War, to the dark days of Vietnam, and the rejuvenation of the relationship during the Thatcher/Reagan period, this book takes the reader deep behind the scenes. The end result is an intimate and fascinating history, featuring previously untold stories about visiting royalty, Presidents, Prime Ministers, and even the Beatles. Illustrated in colour throughout

ANTONY SELDON is a historian and one of Britain's most distinguished political commentators. His published work includes the leading biographies of Gordon Brown, Tony Blair and John Major.DANIEL COLLINGS is a political historian and director of U.S. research for Margaret Thatcher's authorized biography. He is based in Washington.ERIC SANDER's photographs have been published in numerous magazines worldwide, including Smithsonian, Life, Time, Newsweek, Le Figaro Magazine and Point de Vue, and in more than fifteen books.