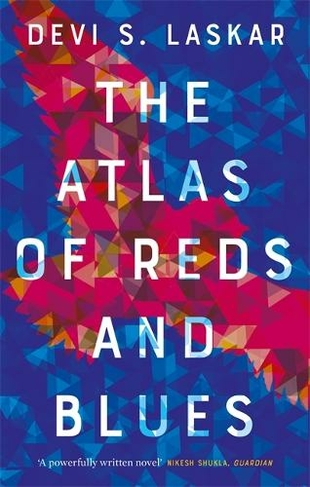 The Atlas of Reds and Blues

By Devi Laskar (Author)
Paperback
https://www.whsmith.co.uk/products/the-atlas-of-reds-and-blues/devi-laskar/paperback/9780708899342-12-000.html £7.37 rrp £8.99 Save £1.62 (18%)
GBP
Availability
In Stock
Free Delivery Available When You Spend £25 Or More
Details
Spend £25 on eligible products to receive free standard delivery to home or free next working day click and collect to store
Share

'A powerfully written novel' Nikesh Shukla, Guardian 'It takes place in a morning; it covers a lifetime' Booklist starred review The Atlas of Reds and Blues opens with a woman lying bleeding on her driveway, shot by police. The woman has moved her family to the wealthy suburbs, but once there was is met with the same questions: Where are you from? No, where are you really from? The American-born daughter of Bengali immigrant parents, her truthful answer, here, is never enough. The morning that opens The Atlas of Red and Blues is the morning that the woman's simmering anger breaks through. During a baseless and prejudice-driven police raid on her house, she finally refuses to be calm, complacent, polite. As she lies bleeding on her driveway, her life flashing before her eyes, she struggles to make sense of her past and decipher her present - how did she end up here?

DEVI S. LASKAR is a native of Chapel Hill, North Carolina, and holds an MFA from Columbia University. Her work has appeared in Tin House and Rattle, among other publications. She has been nominated for a Pushcart Prize and Best of the Net, and is an alumna of The OpEd Project and VONA. Laskar is the author of two poetry chapbooks, and this is her first novel. She lives in the San Francisco Bay Area.