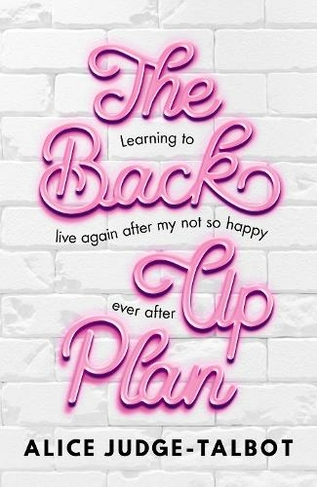 By Alice Judge-Talbot (Author)
Paperback
https://www.whsmith.co.uk/products/the-backup-plan/alice-judgetalbot/paperback/9781473689626-12-000.html £8.19 rrp £9.99 Save £1.80 (18%)
GBP
Availability
In Stock
Free Delivery Available When You Spend £25 Or More
Details
Spend £25 On Products To Receive Free Standard Delivery To Your Home Or Free Next Working Day Click And Collect To Store
Share

Alice Judge-Talbot is a blogger, writer and entrepreneur from Buckinghamshire, a quiet place she found herself in when she became a single mum to two under two at the age of twenty-seven. She started her blog in 2009 when she found herself pregnant in a group of friends where 'Mum' was a word used for the woman you called when you broke up with your boyfriend, knowing nobody in her real life had even an inkling of a baby on the horizon. Since then, Alice has written frankly, funnily and emotively on the subjects that affect mums the world over: from pregnancy and childbirth to post-natal depression, divorce and life as a single mother. She is now the thriving and proud mother of a five and seven year-old, writing a successful blog called More Than Toast as well as a column for the Telegraph, and she has thankfully worked out what day the bins go out.