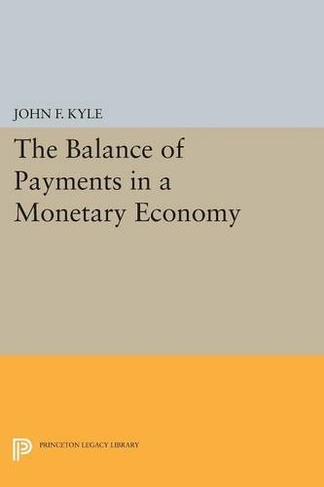 The Balance of Payments in a Monetary Economy: (Irving Fisher Award Series)

How can relative price and income approaches be reconciled with balance of payments analysis? John F. Kyle argues that a model is required which explicity includes a production sector and a complete monetary sectory. The author demonstrates the inadequacy of the traditional method of extending macroeconomic models to deal with trade problems and proceeds to develop a properly specified open economy model adequate to the task. After extending the model to look at additional issues, he relates the principal results obtained in a macroeconomic setting to those produced using a Hahn-type monetary approach. The Hahn model is extended to incorporate an alternative financial asset and to allow for unemployment in the economy. His theory of the balance of payments takes into account both important monetary and aggregate demand features of macroeconomics and the relative prices and interdependencies of general equilibrium theory. Originally published in 1976. The Princeton Legacy Library uses the latest print-on-demand technology to again make available previously out-of-print books from the distinguished backlist of Princeton University Press. These editions preserve the original texts of these important books while presenting them in durable paperback and hardcover editions. The goal of the Princeton Legacy Library is to vastly increase access to the rich scholarly heritage found in the thousands of books published by Princeton University Press since its founding in 1905.