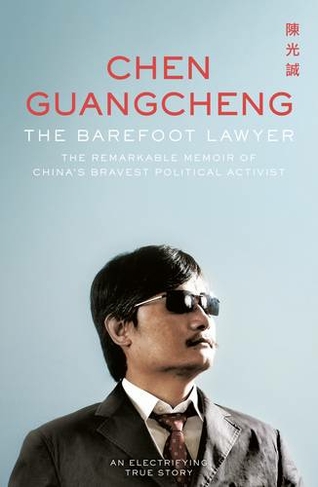 It was like a scene out of a thriller: one morning in April 2012, China's most famous political activist-a blind, self-taught lawyer-climbed over the wall of his heavily guarded home and escaped. For days, his whereabouts remained unknown; after he turned up at the American embassy in Beijing, a furious round of high-level negotiations finally led to his release and a new life in the United States. Chen Guangcheng is a unique figure on the world stage, but his story is even more remarkable than we knew. The son of a poor farmer in rural China, blinded by illness when he was an infant, Chen was fortunate to survive a difficult childhood. But despite his disability, he was determined to educate himself and fight for the rights of his country's poor, especially a legion of women who had endured forced sterilizations under the hated 'one child' policy. Repeatedly harassed, beaten, and imprisoned by Chinese authorities, Chen was ultimately placed under house arrest. After a year of fruitless protest and increasing danger, he evaded his captors and fled to freedom. With a foreword by the Dalai Lama, this is both a riveting memoir and a revealing portrait of modern China, this passionate book tells the story of a man who has never accepted limits and always believed in the power of the human spirit to overcome any obstacle.

Chen Guangcheng is a Chinese civil rights activist now living in the US. In 2007 he was named one of Time magazine's 'Time 100', a list of '100 men and women whose power, talent or moral example is transforming the world'. He is also a laureate of the prestigious Ramon Magsaysay Award, bestowed for 'his irrepressible passion for justice in leading ordinary Chinese citizens to assert their legitimate rights under the law'. He is the author of The Barefoot Lawyer: The Remarkable Memoir of China's Bravest Political Activist.