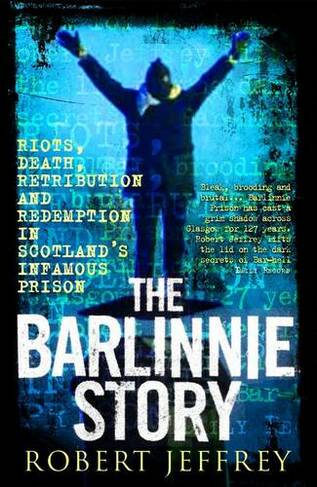 By Robert Jeffrey (Author)
Paperback
https://www.whsmith.co.uk/products/the-barlinnie-story-riots-death-retribution-and-redemption-in-scotlands-infamous-prison/robert-jeffrey/paperback/9781845023348-12-000.html N/A
GBP
Availability
Currently unavailable. We dont know when or if this item will be back in stock
Free Saver Delivery on orders over £25
Details
FREE SHIPPING over £25 for Saver Delivery
Share

Barlinnie is one of the most notorious prisons in the world and for a hundred years it has held Glasgow's toughest and most violent men, swept up from the city streets. Ten men died on its gallows in the infamous Hanging Shed, including serial killer Peter Manuel. It has sparked rooftop protests and cell block riots, and been home to godfathers of crime like Arthur Thompson Snr and Walter Norval. Barlinnie was also the scene of one of the most controversial experiments in penal history, the Special Unit, where the likes of Jimmy Boyle and Hugh Collins were at the centre of a fierce battle between those who see prison as retribution and those who regard it as a step on the road to redemption, even for the most evil killers. Paul Ferris, T C Campbell and gangleaders galore have languished behind its grim walls and, a hundred years on, Barlinnie still makes headlines. This is its fascinating, turbulent story. 8 pp plates

Robert Jeffrey is a long-serving Glasgow journalist and the former managing editor of the Herald group of newspapers. His many bestsellers include Glasgow's Hard Men, Blood on the Streets, Glasgow's Godfather and Crimes Past.