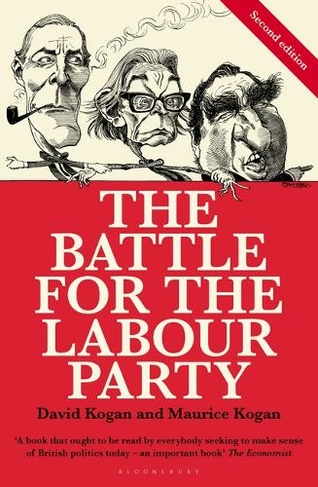 The Battle for the Labour Party Second Edition

Also available on eBook for £8.51. Click here to purchase from Rakuten Kobo

The Battle for the Labour Party was first published in 1981 and was referenced by Tony Benn in his 1980-1990 diaries as 'a valuable guide to the developments within the Labour party at this time'. This 1982 updated edition is an essential resource for all who are interested in understanding the history of the Labour Party from 1973-1982. The continuing power struggle within the Labour Party had raged for decades and had drastic effects on its popularity and credibility. At the 1982 party conference, the division between the Left and Right sharpened. Tony Benn's attempts to get into the shadow cabinet, the defection of members to the SDP, the Militant inquiry and the Tatchell affair all added to this general disenchantment. This 1982 edition accurately describes how these events developed. There are two additional chapters which deal with the activities of New Left groups in London boroughs, and with the fightback of the Right between the two party conferences. Interviews with major figures, including Shirley Williams and Roy Grantham, shed light on the events of the time. There is also more detailed insight into the GLC and events within London. For everyone interested or involved in the history of British politics, The Battle for the Labour Party provides an insightful and thought-provoking account of a fascinating piece of history.

The historian David Kogan has worked in the UK and US media as both a journalist and a senior executive at the BBC, Reuters Television, Granada, Reel Enterprises which he founded, Wasserman Media Group and Magnum Photos as CEO. His first book, The Battle for the Labour Party, published in 1981, remains essential reading about the Labour party. He lives in London.