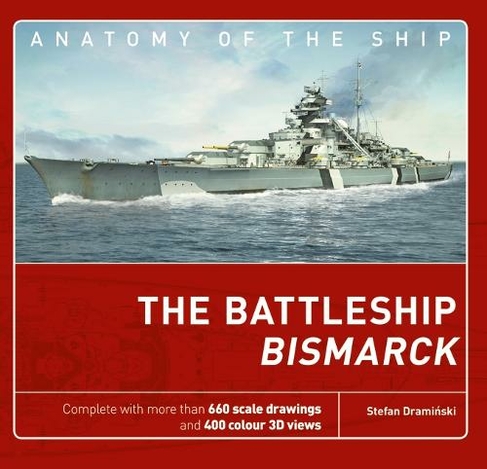 The Battleship Bismarck: (Anatomy of The Ship 1)

The Bismarck is perhaps the most famous - and notorious - warship ever built. Completed in 1941, the 45,000-ton German battleship sank HMS Hood, the pride of the British Navy, during one of the most sensational encounters in naval history. Following the sinking, Bismarck was chased around the North Atlantic by many units of the Royal Navy. She was finally dispatched with gunfire and torpedoes on 27 May, less than five months after her completion. Her wreck still lies where she sank, 4,800m down and 960km off the west coast of France. Drawing on new research and technology, this edition is the most comprehensive examination of Bismarck ever published. It includes a complete set of detailed line drawings with fully descriptive keys and full-colour 3D artwork, supported by technical details, photographs and text on the building of the ship and a record of the ship's service history. More than 600 line artworks and plans and 300 full-colour artworks.

Stefan Draminski is an illustrator and naval historian. He has developed a technique for creating breathtakingly realistic 3D models of ships which can be taken apart to create almost infinite details of the ships. The Bismarck is a ship that he has spent many years studying. He lives in Poland.