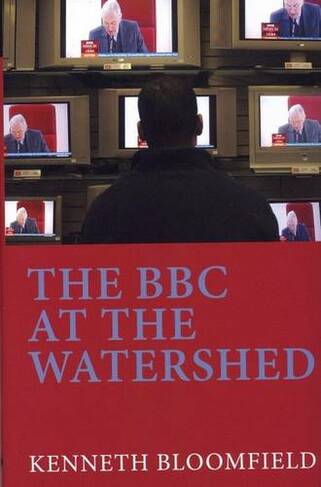 The BBC at the Watershed

By Kenneth Bloomfield (Author)
Hardback
https://www.whsmith.co.uk/products/the-bbc-at-the-watershed/kenneth-bloomfield/hardback/9781846311604-01-000.html £25.00
GBP
Availability
Currently unavailable. We don't know when or if this item will be back in stock
With Free Saver Delivery
Details
FREE SHIPPING over £20 for Saver Delivery
Share

On 12 September 1988 the BBC news carried the story of the attempted assassination of Sir Kenneth Bloomfield, then Head of the Civil Service in Northern Ireland. In the aftermath of this event Gerry Adams used the media to warn all other Civil Service 'collaborators' that they were under threat from the IRA. In response Margaret Thatcher introduced the broadcasting ban, ensuring that terrorists were unable to freely articulate threats through the British media. Though the ban was not advocated by Ken Bloomfield, this event provided his first major role in the contemporary history of the BBC.From 1927-2007 the Board of Governors of the BBC regulated the Corporation and represented the public in its management. Ken Bloomfield served as Regional Governor for Northern Ireland, Head of the BBC Audit Committee, and Chair of the Northern Ireland Broadcasting Council from 1991-1999, one of the longest terms in that position. During this time he brought considerable political and managerial experience to the Corporation in a period of uncertainty and change, presiding over a challenging period within Northern Ireland but also within at least two revolutions within the BBC. Bloomfield was the only Governor to serve on the Board through the entire period from John Birt's accession to the Director Generalship to the choice of Greg Dyke to succeed him. He offers critical judgements on the Birt and Dyke regimes, and on the Hutton Inquiry and events leading up to and following it. He expresses regret at the replacement of Governors by a Trust and examines the challenges facing the Corporation today.