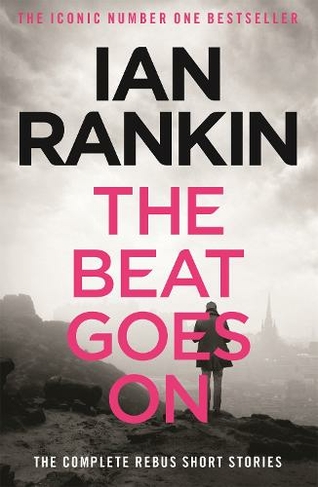 The Beat Goes On: The Complete Rebus Stories: (A Rebus Novel)

There is no detective like DI Rebus - brilliant, irascible and endlessly frustrating both to his friends and his long-suffering bosses. For over two decades he has walked through the dark places of Edinburgh . . . Now Rebus's life is revealed through this complete collection of stories, from his early days as a young DC in 'Dead and Buried' right up to the dramatic, but not quite final, retirement in 'The Very Last Drop'. This is the ultimate Ian Rankin treasure trove - a must for aficionados as well as a superb introduction to anyone looking to experience DI John Rebus, and the dark and twist-filled crimes he has to investigate, for the very first time.

Ian Rankin is the multimillion-copy worldwide bestseller of over thirty novels and creator of John Rebus. His books have been translated into thirty-six languages and have been adapted for radio, the stage and the screen.Rankin is the recipient of four Crime Writers' Association Dagger Awards, including the Diamond Dagger, the UK's most prestigious award for crime fiction. In the United States, he has won the celebrated Edgar Award and been shortlisted for the Anthony Award. In Europe, he has won Denmark's Palle Rosenkrantz Prize, the French Grand Prix du Roman Noir and the German Deutscher Krimipreis.He is the recipient of honorary degrees from universities across the UK, is a Fellow of The Royal Society of Edinburgh and a Fellow of The Royal Society of Literature, and has received an OBE for his services to literature.Website: IanRankin.netTwitter: @BeathhighFacebook: IanRankinBooks