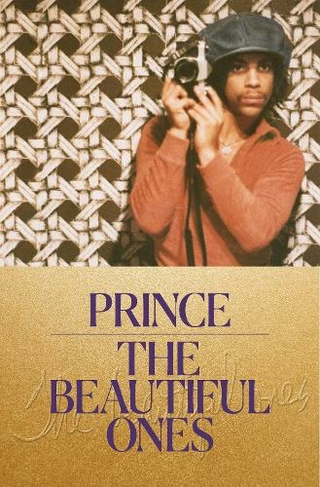 THE #1 NEW YORK TIMES BESTSELLER A Times, Sunday Times and Telegraph Book of the Year ______________________________________________ 'A triumph ... a masterclass in the bottling of its subject's seductive essence. His presence in this book is so strong that it's hard to believe he has really left the building' MOJO 'Handsomely presented, visually sumptuous' THE TIMES ______________________________________________ From Prince himself comes the brilliant coming-of-age-and-into-superstardom story of one of the greatest artists of all time-featuring never-before-seen photos, original scrapbooks and lyric sheets, and the exquisite memoir he began writing before his tragic death. Prince was a musical genius, one of the most talented, beloved, accomplished, popular, and acclaimed musicians in pop history. But he wasn't only a musician-he was also a startlingly original visionary with an imagination deep enough to whip up whole worlds, from the sexy, gritty funk paradise of his early records to the mythical landscape of Purple Rain to the psychedelia of Paisley Park. But his greatest creative act was turning Prince Rogers Nelson, born in Minnesota, into Prince, the greatest pop star of his era. The Beautiful Ones is the story of how Prince became Prince-a first-person account of a kid absorbing the world around him and then creating a persona, an artistic vision, and a life, before the hits and fame that would come to define him. The book is told in four parts. The first is composed of the memoir he was writing before his tragic death, pages that brings us into Prince's childhood world through his own lyrical prose. The second part takes us into Prince's early years as a musician, before his first album released, through a scrapbook of Prince's writing and photos. The third section shows us Prince's evolution through candid images that take us up to the cusp of his greatest achievement, which we see in the book's fourth section: his original handwritten treatment for Purple Rain-the final stage in Prince's self-creation, as he retells the autobiography we've seen in the first three parts as a heroic journey. The book is framed by editor Dan Piepenbring's riveting and moving introduction about his short but profound collaboration with Prince in his final days-a time when Prince was thinking deeply about how to reveal more of himself and his ideas to the world, while retaining the mystery and mystique he'd so carefully cultivated-and annotations that provide context to each of the book's images. This work is not just a tribute to Prince, but an original and energizing literary work, full of Prince's ideas and vision, his voice and image, his undying gift to the world. ______________________________________________ 'Prince's voice comes through loud and clear; his personality, joie de vivre and single-mindedness jumping off the page throughout.' CLASSIC POP MAGAZINE 'The Beautiful Ones is for everyone. It's not a read, but an experience, an immersion inside the mind of a musical genius. You are steeped in Prince's images, his words, his essence... The book can be a starting point for a Prince fascination, or a continuation of long-standing admiration. Either way, it will deepen the connection of any reader with the musical icon." USA TODAY 'The Beautiful Ones remains a jewel-like fragment, Piepenbring's sensitive introduction providing a snapshot of the Purple One's last months at Paisley Park and during the Piano and Microphone tour' Q MAGAZINE 'An affirmation of Prince's Blackness and humanity... Prince writes about his childhood with clarity and poetic flair, effortlessly combining humorous anecdotes with deep self-reflection and musical analysis... Prince is one of us - he just worked to manifest dreams that took him from the North Side of Minneapolis to the Super Bowl.' HUFFPOST 'A compelling curiosity that finds its author orbiting around a few touchingly intimate encounters with his sphinx-like subject ... with passages, lyric sheets and photographs from the Purple One himself' TELEGRAPH, Books of the Year 'A memoir that is written by Prince, literally. Handwritten pages he had shared with Piepenbring make up Part 1, taking us from his first memory - his mother's eyes - through the early days of his career... The Beautiful Ones doesn't paint a perfect picture. It's not definitive. It can't be, it shouldn't be and, thankfully, it doesn't try to be. We'll never know what it might have been if Prince had lived. But it's a good start. Now, it's up to us to take what's there and make something out of it for ourselves, creating, just as Prince wanted.' NPR 'Both a pleasure and a surprise ... Prince took the project very seriously, and it shows in the work he delivered. ... It shines an intimate and revealing light on the least-known period of his life' VARIETY 'The Beautiful Ones is a book in pieces, fragments of the ground-breaking autobiography Prince had planned. Pieced together after his death in 2016, it collects his handwritten childhood memoires, superb personal photographs and his chosen co-writer Dan Piepenbring's vivid account of their brief collaboration. Yet remarkably despite the central absence, it still catches something of Prince between the gaps - a trace of perfume, a glance to camera, a first kiss' SUNDAY TIMES, Book of the Year 'This is a beautiful book and a must-have for Prince completists' DAILY EXPRESS 'A ghostly memoir of a pop legend' THE i

Prince Rogers Nelson is one of the most popular and influential musical acts of all time. Known for his style and range, Prince's prolific music career included an ever-evolving sound that blended pop, R&B, hip-hop, jazz and soul. Prince sold over 100 million albums worldwide, making him one of the best-selling artists of all time. He won seven GRAMMY (R) Awards, a Golden Globe Award, and an Academy Award (R) for the film "Purple Rain." He was inducted into the Rock and Roll Hall of Fame in 2004, the first year of his eligibility. Prince tragically passed away at his Paisley Park home on April 21, 2016. His legacy lives on through the timeless messages of love in his music and the countless ways his work has touched lives.Dan Piepenbring is a writer and former editor at The Paris Review.