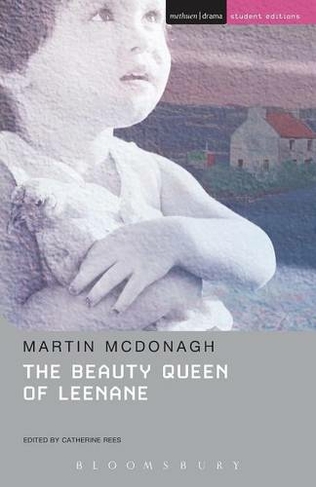 The Beauty Queen of Leenane

This Student Edition of Martin McDonagh's The Beauty Queen of Leenane features expert and helpful annotation, including a scene-by-scene summary, a detailed commentary on the dramatic, social and political context, and on the themes, characters, language and structure of the play, as well a list of suggested reading and questions for further study and a review of performance history. Set in the mountains of Connemara, County Galway, The Beauty Queen of Leenane tells the darkly comic tale of Maureen Folan, a plain and lonely spinster in her early forties, and Mag her devilishly manipulative ageing mother whose interference in Maureen's first and potentially last loving relationship sets in motion a train of events that is as gothically funny as it is horrific. Maureen might long for the romance that will spirit her away, but if she goes, who will stir the lumps out of Mag's Complan? The Beauty Queen of Leenane was first presented as a Druid Theatre/Royal Court Theatre co-production in January 1996. An instant classic from its first performance, The Beauty Queen of Leenane established Martin McDonagh as the natural successor to Oscar Wilde and Joe Orton. The Oscar and Bafta-winning writer's other films and plays include In Bruges and The Pillowman.