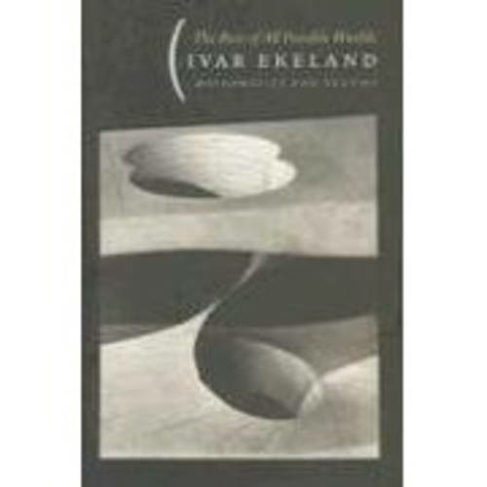 The Best of All Possible Worlds Mathematics and Destiny

Optimists believe this is the best of all possible worlds. And pessimists fear that might really be the case. But what is the best of all possible worlds? How do we define it? Is it the world that operates the most efficiently? Or the one in which most people are comfortable and content? Questions such as these have preoccupied philosophers and theologians for ages, but there was a time, during the seventeenth and eighteenth centuries, when scientists and mathematicians felt they could provide the answer. This book is their story. Ivar Ekeland here takes the reader on a journey through scientific attempts to envision the best of all possible worlds. He begins with the French physicist Maupertuis, whose least action principle asserted that everything in nature occurs in the way that requires the least possible action. This idea, Ekeland shows, was a pivotal breakthrough in mathematics, because it was the first expression of the concept of optimization, or the creation of systems that are the most efficient or functional. Although the least action principle was later elaborated on and overshadowed by the theories of Leonhard Euler and Gottfried Leibniz, the concept of optimization that emerged from it is an important one that touches virtually every scientific discipline today. Tracing the profound impact of optimization and the unexpected ways in which it has influenced the study of mathematics, biology, economics, and even politics, Ekeland reveals throughout how the idea of optimization has driven some of our greatest intellectual breakthroughs. The result is a dazzling display of erudition--one that will be essential reading for popular-science buffs and historians of science alike. 10 line drawings