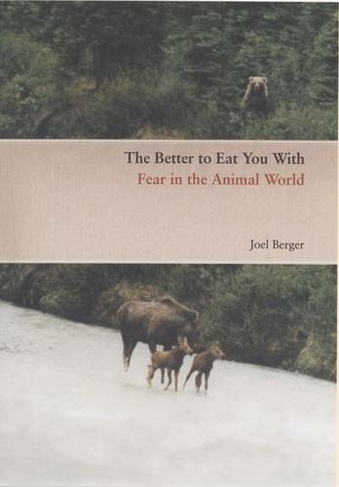 The Better to Eat You with Fear in the Animal World

At dawn on a brutally cold January morning in 1998, Joel Berger crouched in the icy grandeur of the Teton Range. It had been three years since wolves were reintroduced to Yellowstone after a sixty-year absence, and members of a wolf pack were approaching a herd of elk. To Berger's utter shock, the elk ignored the wolves as they went in for the kill. The brutal attack that followed - swift and bloody - led Berger to hypothesize that after only six decades, the elk had forgotten to fear a species that had survived by eating them for hundreds of millennia.Berger's fieldwork that frigid day raised important questions that would require years of travel and research to answer: Can naive animals avoid extinction when they encounter reintroduced carnivores? To what extent is fear culturally transmitted? And how can a better understanding of current predator-prey behavior help demystify past extinctions and inform future conservation?"The Better to Eat You With" is the chronicle of Berger's search for answers. From Yellowstone's elk and wolves to rhinos living with African lions and moose coexisting with tigers and bears in Asia, Berger tracks cultures of fear in animals across continents and climates, engaging readers with a stimulating combination of natural history, personal experience, and conservation. Whether battling bureaucracy in the statehouse or fighting subzero wind chills in the field, Berger puts himself in the middle of the action, and "The Better to Eat You With" invites readers to join him there. The thrilling tales Berger tells reveal a great deal not only about survival in the animal kingdom but also about the process of doing science in forbidding conditions and hostile environments. 16 colour plates, 63 halftones, 12 maps