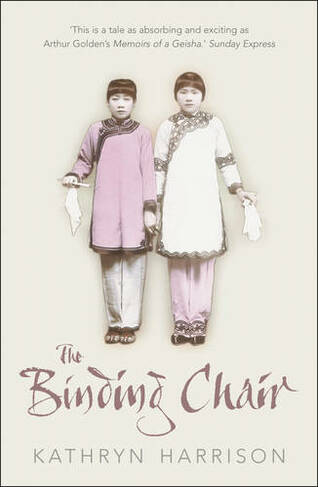 'This is a tale as absorbing and exciting as Arthur Golden's Memoirs of a Geisha.' Sunday Express The magical tale of a young orphan's adventures after she flees rural China for turn-of-the-century Shanghai. From Kathryn Harrison, author of the bestselling memoir THE KISS. Beautiful, charismatic and destructive, May escapes an arranged marriage in rural China for life in a Shanghai brothel, where, in 1899, she meets Arthur, an Australian. As a member of the Foot Emancipation Society, Arthur calls on May not for his pleasure but for her rehabilitation, only to find himself helplessly seduced by the sight of her bound feet. Reforming May is out of the question, so Arthur marries her instead, and brings her home to live with his sister Dolly, her husband Dick, and their two girls Alice and Cecily. In Alice May sees the possibility of redemption: a surrogate for the child she has lost. And it is to May that Alice turns for the love her own mother withholds. But when the twelve year old is caught preparing her aunt's opium pipe, Alice is enrolled in a London boarding school, far from the dangerous influence of the woman who will come to reclaim her, and to control the whole family.

Kathryn Harrison is a graduate of Stanford University and of the Iowa Writers' Workshop. Her first novel, Thicker than Water, was a New York Times Notable Book, as was her second, Exposure. Her most recent novel is A Thousand Orange Trees. She is also the author of The Kiss which received critical acclaim. She lives in New York City with her husband, the writer Colin Harrison and their children.