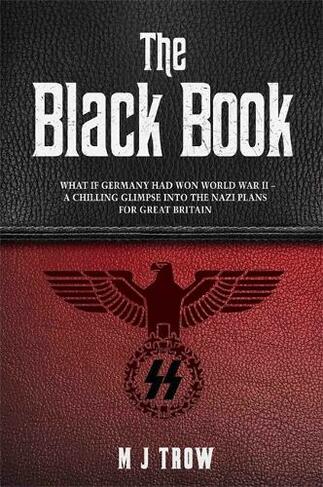 In July 1940, Walter Schellenberg of the German Secret Service drew up a list of 2,694 people believed to be living in Britain, who were known enemies of the Reich. In that month, the Wehrmacht was poised across the Channel ready to hit Britain with blitzkrieg, the terrible and hugely successful tactic that had already overwhelmed Poland, Denmark, Norway, Holland, Luxembourg, Belgium and France. The names on Schellenberg's list represent the heart and soul of a nation that made the British what they were but the list also includes a diaspora from Europe - the intellectuals, politicians and writers who had been driven out of their own homelands by the speed of the German conquests. All human life is there - lives that were, to the Nazis, unworthy of life. Historians have found the list a curiosity. Surely, it cannot be real? It was. The Black Book is the first book to evaluate the list, and look at the chilling reality of what Hitler had in store for the nation.

Mei is a military historian with a backlist including ghosting Survivor by Sam Pivnik (Hodder 2012), Survivor on the Kwai for Reg Twigg (Penguin, 2013) Last Gentleman of the SAS (Mainstream, 2015) and War Crimes (Pen and Sword, 2008). He was also the ghost for Ebury's Sunday Times bestseller, The Secret Train Robber, which revealed the real mastermind behind the infamous Great Train Robbery (HB May 15, 4k TCM/ PB May 16, 3k TCM).