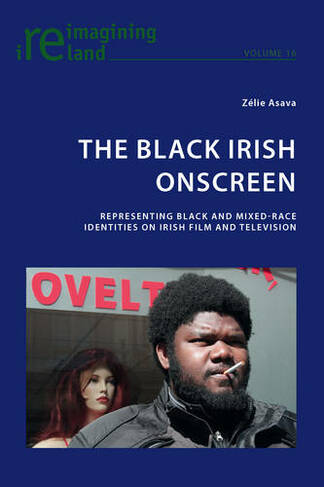 This book examines the position of black and mixed-race characters in Irish film culture. By exploring key film and television productions from the 1990s to the present day, the author uncovers and interrogates concepts of Irish identity, history and nation. In 2009, Ireland had the highest birth rate in Europe, with almost 24 per cent of births attributed to the 'new Irish'. By 2013, 17 per cent of the nation was foreign-born. Ireland has always been a culturally diverse space and has produced a series of high-profile mixed-race stars, including Phil Lynott, Ruth Negga and Simon Zebo, among others. Through an analysis of screen visualizations of the black Irish, this study uncovers forgotten histories, challenges the perceived homogeneity of the nation, evaluates integration, and considers the future of the new Ireland. It makes a creative and significant theoretical contribution to scholarly work on the relationship between representation and identity in Irish cinema. This book was the winner of the 2011 Peter Lang Young Scholars Competition in Irish Studies.

Zelie Asava is Programme Director of Video and Film at Dundalk Institute of Technology, where she teaches courses on film and media theory and national cinemas. She has published journal articles and essays on questions of race, gender and representation in Irish, French, American and African cinema.