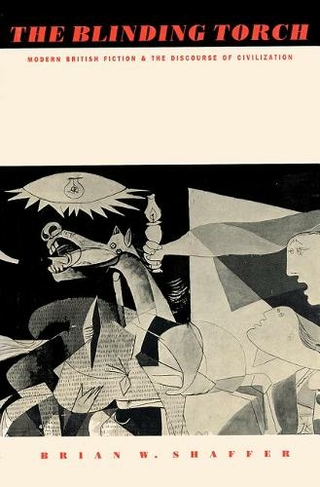 The Blinding Torch: Modern British Fiction and the Discourse of Civilization

From the end of the 19th century until World War II, questions concerning the ideal nature and current state of ""civilisation"" preoccupied the British public. In a work of both cultural and literary criticism, Shaffer explores this debate, showing how representative novels of five British modernists - Joseph Conrad, D.H, Lawrence, James Joyce, Virginia Woolf and Malcolm Lowry - address the same issues that engaged such social theorists as Herbert Spencer, Oswald Spengler, Clive Bell and Sigmund Freud. In examining the intersection of literary discourse and cultural rhetoric, Shaffer draws on the interpretative strategies of Mikhail Bakhtin, Terry Eagleton, Clifford Geertz and others. He demonstrates that such disparate fictions as ""Heart of Darkness"", ""The Secret Agent"", ""The Plumed Serpent"", ""Dubliners"", ""Ulysses"", ""Mrs. Dalloway"", ""To the Lighthouse"" and ""Under the Volcano"" all portray civilisation in the paradoxical image of blindness and insight, obfuscation and enlightenment - as a blinding torch that captivates the eye while it obscures vision.