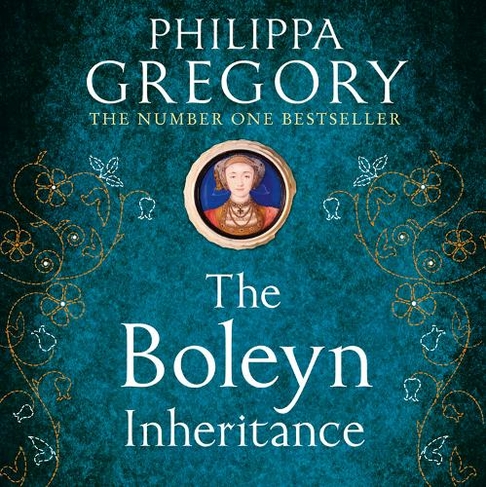 By Philippa Gregory (Author), Pippa Bennett-Warner(Read by), Georgia Maguire(Read by), Cathleen McCarron(Read by)
Audio Book
https://www.whsmith.co.uk/products/the-boleyn-inheritance-unabridged-edition/philippa-gregory/pippa-bennettwarner/audio-book/9780008320249-12-000.html £15.99 rrp £19.99 Save £4.00 (20%)
GBP
Availability
In Stock
Free Delivery Available When You Spend £25 Or More
Details
Spend £25 On Eligible Products To Receive Free Standard Delivery To You Home Or Free Next Working Day Click And Collect To Store
Share

*A stunning new unabridged recording* From the bestselling author of The Other Boleyn Girl, Philippa Gregory, comes a wonderfully atmospheric evocation of the court of Henry VIII and his final queens. 1539. Anne of Cleves wins the dangerous prize of becoming Henry VIII's fourth wife. From the start, Anne's royal blood, education and fierce intelligence count for nothing as the king pursues young Katherine Howard. Katherine is a pawn in the political manoeuvres of her ambitious family; unprepared for the dangers that await, she steps into their trap. At her side is kinswoman Jane Boleyn, who has served - and betrayed - one queen already: her sister-in-law Anne, who died on Henry's scaffold. Will Jane betray a second queen to the headsman? As the three women's fates entwine in the most volatile court in Europe, each must survive an increasingly tyrannical, murderous king. With an exclusive afterword written and read by Philippa Gregory, exploring the inspiration behind The Boleyn Inheritance.

Philippa Gregory was an established historian and writer when she discovered her interest in the Tudor period and wrote the internationally bestselling novel The Other Boleyn Girl, which became a major film starring Natalie Portman and Scarlett Johansson. Her Cousins' War novels were the basis for the highly successful BBC series, The White Queen. Philippa's other great interest is the charity that she founded twenty years ago: Gardens for The Gambia. She has raised funds and paid for over 200 wells in the primary schools of this poor African country. Philippa is a former student of Sussex University and a PhD and Alumna of the Year 2009 of Edinburgh University. In 2016, she was presented with the Outstanding Contribution to Historical Fiction Award by the Historical Writers' Association. Her love for history and commitment to historical accuracy are the hallmarks of her writing. Philippa lives with her family on a small farm in Yorkshire and welcomes visitors to her site www.PhilippaGregory.com. You can also find her on Facebook, Twitter and YouTube.